This article is obsolete, and the pfSense template mentioned in it is no longer available. Check what templates are currently available on Exoscale.

The network firewall distribution pfSense, based on FreeBSD, is now available as an instance template to use on Exoscale. Here is a quick cheatsheet on how to use pfSense with Exoscale. Continue reading for a more detailed explanation.

How To Use pfSense with Exoscale

As described in the quick cheatsheet, you first create a new instance and deploy the pfSense template.

Then you add a private network to it.

After instantiating the private network, you open the console from the Exoscale portal by clicking on the Open Console button on the top right of the instance interface. This opens a pop-up window with the network interface assignment wizard. 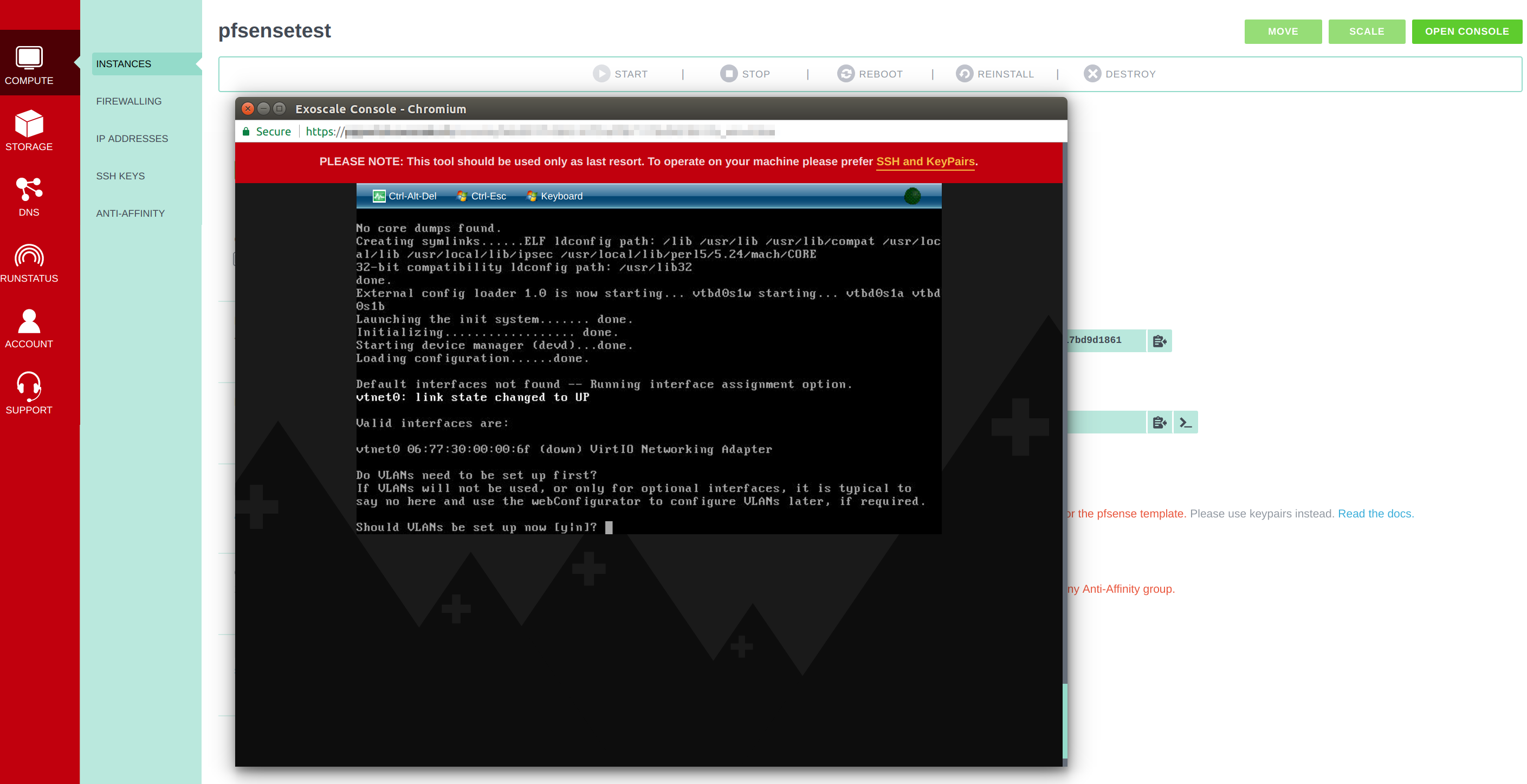 You will be asked whether you want to set up a VLAN - you do not need that for your initial setup, so you can just skip it by typing n.

After that, you will be asked which WAN interface you want to assign pfSense to - you proceed with the interface vtnet0.

The next input requires a LAN interface, which would be vtnet1.

Tip: The vtnet1 interface may not show up here, if the private network has been added too late in the initial boot process. In that case, simply hit the Ctrl-Alt-Del to restart the instance.

Next, pfSense will show you the assignments to each interface.

With the wizard now complete, pfSense is operational.

From here, you can use the pfSense firewall according to your use cases. One example use case could be to set up a web server on two machines that both do not have a public IP but communicate with a machine that runs with the pfSense template and routes traffic to one of the two other machines.

Default credentials are set to the following:

As pfSense is a firewall and secured by default, you cannot manage it externally. Two possible workarounds include:

After You’ve Tightened Security with pfSense

For tutorials on using pfSense, check out the official documentation.