If you are employing cross datacenter or a hybrid cloud infrastructure, then your containers, services, and endpoints need to be able to communicate with each other, preferably in the most straightforward and fastest ways possible. This post showcases some of the options available to you, and how they compare.

Many hybrid cloud providers offer drivers for Docker Machine so you can create a swarm of machines with any configuration of instances you need and create a cluster of them with Docker Swarm.

For running Kubernetes, your options vary slightly. AWS offers their EKS service, Digital Ocean has an early access program and a quick launch for CoreOS, and Exoscale has CoreOS templates, so for the near future, you still need to undertake a reasonable amount of setup and configuration yourself. For an introduction to container orchestration with Kubernetes, Docker Swarm and Mesos with Marathon, we recommend you read our previous blog post that tells you all you need to know. 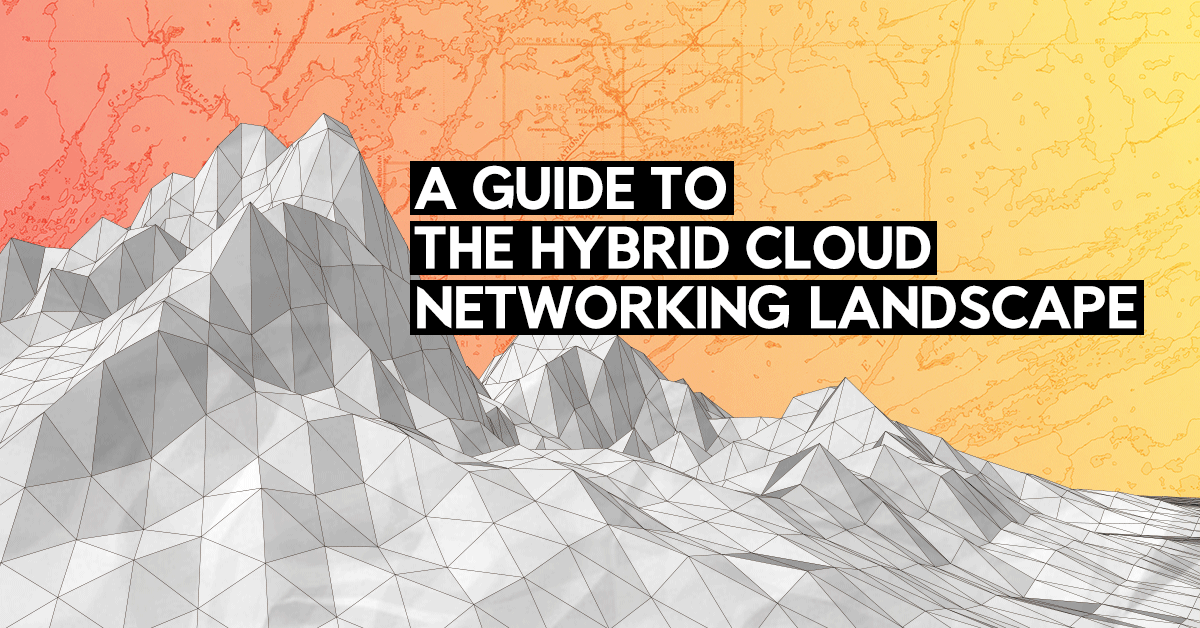 Before diving into options, let’s first look at the specification that underpins a lot of them, created out of a need to consolidate the growing number of conflicting options available when containers grew in popularity. The CNI is a Cloud Native Computing Foundation project that defines how other projects should write their container network interfaces, alongside reference code and CLI tools. The projects included in this post that conform to CNI, and thus provide a more standard experience, are Calico, Weave and Cilium, and Kubernetes and Mesos provide native support.

For those of you using Docker in simpler setups, or with swarm as a container orchestrator, then the inbuilt overlay network could be enough for your needs. The driver creates two networks, an overlay network that handles control and data traffic for services, and a bridge network that connects the actual daemons. In addition to the default network(s) created by swarm, you can create your own, and connect multiple docker instances to multiple networks.

As the name may imply, Kubefed stands for ‘Kubernetes federation’ and is the in-built option for hybrid cloud Kubernetes orchestration. The Kubernetes project considers it alpha software, with no clear timeline as to when it will be production ready. Perhaps that’s why there are so many 3rd party solutions available.

If you do want to try kubefed, you have to download a tarball and step through a fairly complex series of steps where you need to set up a host for the ‘control plane’, or instance responsible for routing requests around the cluster. Discovery happens via DNS provided by AWS, GCE or any other host that supports CoreDNS services, which includes Digital Ocean and Exoscale.

With one of the largest support planes, Calico works with most orchestrators such as Docker, Kubernetes, Mesos, OpenStack, Rkt, and bare metal Linux boxes. It also has extensive support for cloud hosting providers that support any of the standard APIs used by Docker, Kubernetes or Open Stack. On top of all this, Calico takes a different approach to virtual networking, using packet routing most of the time and switching to an overlay network when crossing availability zones between regions or providers. In theory, this reduces network noise, but naturally, it depends on your setup.

One caveat is that there is currently some discrepancy between support and Calico versions, so read the project documentation to check first.

As one of the other more popular choices, Cilium supports Docker, Kubernetes and Mesos, with its Kubernetes support offering secure interfaces over HTTP, gRPC and (interestingly and differently), Kafka. At its core, Cilium uses a relatively new Linux technology called ‘Berkeley Packet Filter‘ (BPF) that is a Kernel level interface, that among other things, is useful for high speed virtual networks. Aside from the speed improvements, BPF also Cilium users to make configuration changes without having to update application code or container configuration.

Cilium supports overlay networks with VXLAN and Geneve encapsulation formats by default, but supports any other you care to add. As it’s a Linux first class citizen, it also supports native Linux routing via the OS routing table, which is more complex, but plays well with existing setups.

Primarily for hybrid cloud kubernetes setups, but with Docker support if you’re willing to experiment, flannel is a small agent binary that runs on each instance in a cluster. Flannel creates an overlay network by hooking into etcd (more on that later in the post) to access and store network configurations, forwarding packets via a variety of methods including UDP, vxlan and some cloud hosting specific routing options. It is part of CoreOS, so if you are running Kubernetes there, you can use its Tectonic tool to create a hybrid cloud cluster that communicates via flannel.

As part of a suite of tools and services aimed at cloud native infrastructures, Weave Net is one of the first container-focused virtual networks I ever used and was one of the few solutions in the early days of Docker. Weave Net’s point of difference is that unlike other options, it doesn’t need a central database or store, reducing complexity and overhead. Instead, each node runs a mini DNS server that find each other across the network by name and port. It’s available as a plugin for Docker, Kubernetes, and Mesos, as well as AWS products.

With many of the overlay networks, you need an additional central source of truth that tracks and manages services across the network. These can add a lot of complexity and noise to networks, and all require separate installation on each instance, so experiment with settings to get a configuration as optimal as you can.

Part of the Hashicorp suite of tools, Consul provides a key-value store that it mainly uses for configuration, leader election in a distributed application and coordination, but you can also use for any other purpose you need. Service discovery happens via HTTP or DNS, and with built in healthchecking, the Consul network routes traffic instances you deem healthier than others when needed to maintain a consistent application. AWS has its own template available, but for Exoscale and Digital Ocean, you can install it yourself.

A long-standing project, Zookeeper operates via a form of shared hierarchical file system it calls ‘znodes’, and instances and applications in the network read and write configuration and status information to this structure via an API. It provides services for naming instances, configuration, cluster membership and management, and locking mechanisms to prevent race conditions and data recovery from other distributed systems it manages. Zookeeper is better integrated into application stacks that use Java or C, and the broader Apache application landscape (e.g. Solr, Hadoop), but unofficial bindings exist for other languages too. Zookeeper is part of the AWS EMR service (designed for data processing), and again, for Digital Ocean and Exoscale; you can install it yourself.

As part of the CoreOS project, but also used by Kubernetes as a primary data store, you’re probably using etcd without realizing. With support for the Docker, rkt and container Linux containers as well as FreeBSD and AWS EC2 instances, etcd provides a distributed key-value store behind a comprehensive API, and it’s renowned for its speed. It shares common traits spread across all CoreOS tools, following common Linux-esque design patterns and using standardized tools to interact with the service such as gPRC that provide equally standard language bindings and JSON outputs.

One of the lesser known and used options, developed in-house at Airbnb, Synapse shows that if you have the resources, creating your own distributed key-value store for service discovery isn’t an impossible task. Their motivation to create Synapse was based around a familiar pattern in other options presented in this Post. Developers have to integrate the services into their applications, which isn’t always possible with some older enterprise software. Instead, it leverages routing components likely already present in your applications such as HAProxy or Nginx to map ports services use to Synapse and configure your application to use it instead. Synapse recognizes that you might already use other services and offers ‘watchers’ for common options such as AWS EC2, Docker, or Zookeeper.

What does Exoscale's hybrid cloud use?

At Exoscale, our preferred combination of tools is Calico and etcd, as it offers the widest support base for our customers and the most familiar experience for existing Linux users. As always with making recommendations, the final decision is up to you, and you should balance the options that offer the performance you need alongside the existing skills of those working on your application. All the options we presented in this post are open source, with active communities and plenty of tutorials and case studies available. So whichever option(s) you choose, you’re in good hands.

What to Read Next
What is Hybrid Cloud?
Introducing managed private networks
Building an IPsec Gateway With OpenBSD