With private networks just released on Exoscale, there are now more options to implement secure access to Exoscale cloud infrastructure. While we still recommend the bastion approach, as detailed in this article, there are applications or systems which do not lend themselves well to working this way.

In these cases, the next best thing is building IPsec gateways. IPsec is a protocol which works directly at layer 3. It uses its configuration to determine which network flows should be sent encrypted on the wire. Once IPsec is correctly configured, selected network flows are transparently encrypted and applications do not need to modify anything to benefit from secured traffic.

To complicate matters a bit, IPsec may work under one of three modes:

For the purposes of this article we will work under the following assumptions:

We will need to perform the following tasks to get to the point where IPsec is configured:

In this case, to ensure no additional software is needed on the client, we will configure an L2TP/IPsec gateway. This article will use OpenBSD as the operating system to implement the gateway. While this choice may sound surprising, OpenBSD excels at building gateways of all sorts thanks to its simple configuration formats and inclusion of all necessary software and documentation to do so in the base system. The OpenBSD website contains additional information.

L2TP/IPsec is a mode which creates PPP connections - just like modems used to, in the old days - over IPsec. This provides a standard mechanism for supplying credentials, while keeping the connection secure.

For the purposes of this article, we will use three Exoscale machines:

Configuring private networks on all hosts

Once all three machines are created and a private network has been created on all of them, we can configure the additional interface, as detailed in our documentation.

The machine should be rebooted once for the new interface to show up.

On the OpenBSD host, all necessary software is already installed. We will configure the system, as well as pf, npppd, and ipsec.

Here we allow IP forwarding, since our gateway is going to be a router, then we allow the GRE protocol, and we enable PPP kernel extensions for performance reasons.

The daemon which provides L2TP functionality in OpenBSD is npppd, the only configuration needed is to provision the credentials file in /etc/npppd/npppd-users. Here we will create a single user in this file:

By default, the configuration for the daemon in /etc/npppd/npppd.conf provides clients with addresses in the 10.0.0.0/24 network. We can leave that as is.

To configure IPsec, we only need a single flow, which can be added in /etc/ipsec.conf ($public_gateway_ip must be replaced with the instance’s IP address):

The file permissions should be restricted to root only:

This setup uses a pre-shared secret for tunnels, and forces ciphers to be compatible with most VPN clients.

To allow the router traffic to reach both internal machines and the internet we need to translate source addresses when they go out of the gateway.

To ensure this happens, we will need two additional lines in the default /etc/pf.conf configuration:

To finalize this configuration we will ensure everything is started properly by configuring startup services:

For good measure, the system should now be restarted with reboot.

Now that the infrastructure is correctly in place on the backend, we may configure a client for it. Here we show the necessary steps on Apple’s MacOS, but similar steps can be taken for any L2TP/IPsec client, as can be found on most systems, mobile phones included.

In the system preference panel, select Network and prepare to add a new one: 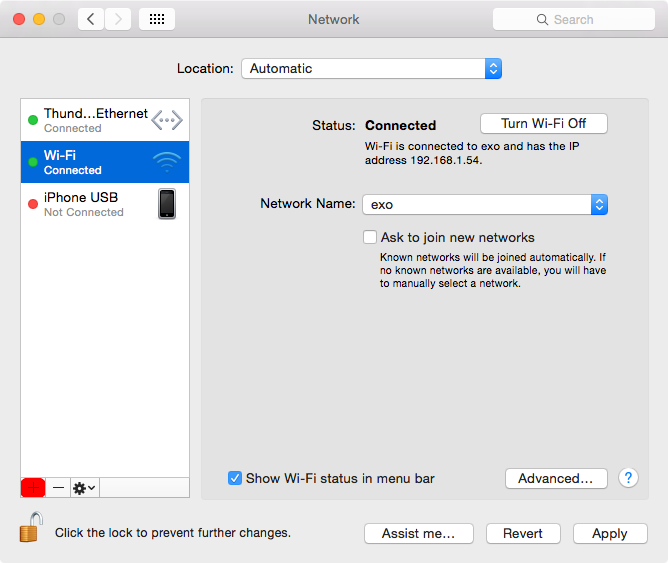 Select VPN as the interface and L2TP over IPsec as the type. 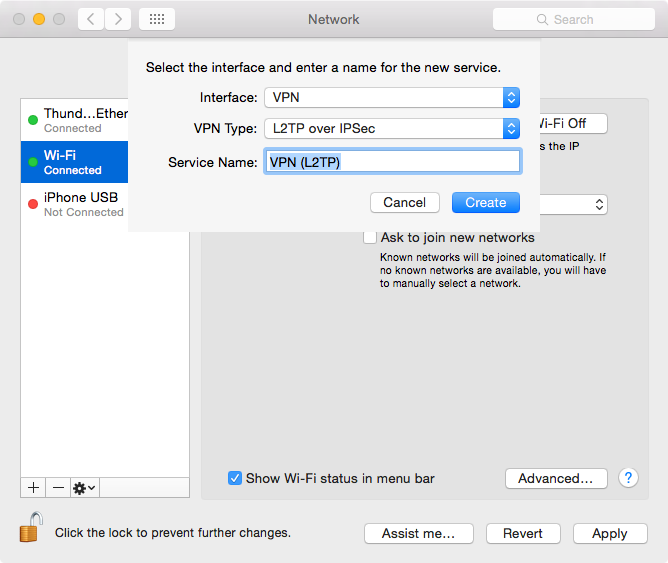 In the configuration, use the gateway’s IP as the server address and the user created in /etc/npppd/npppd-users as the Account Name: 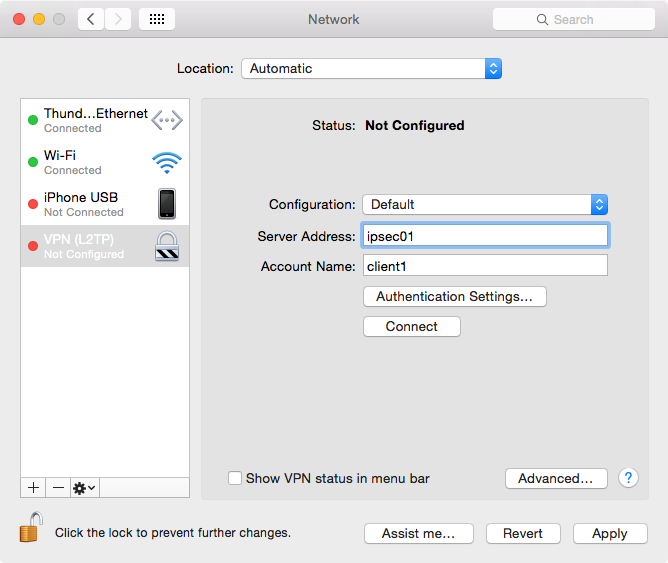 Open the Authentication Settings modal and use the password added to /etc/npppd/npppd-users as the user Password, and the one added to /etc/ipsec.conf in the Shared Secret field. 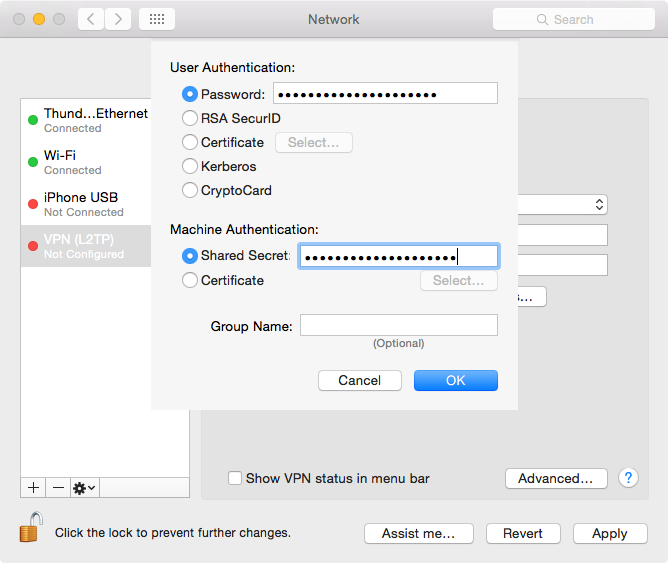 Instead of selecting specific routes, the option to send all traffic over the VPN connection may be selected in the Advanced modal: 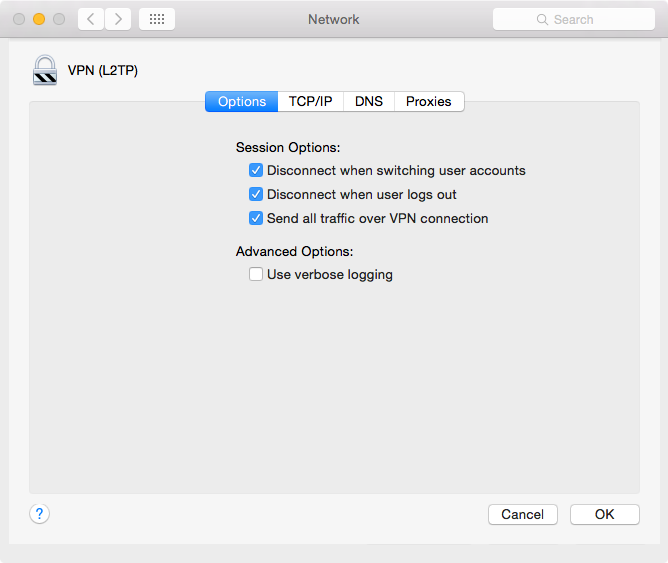 Once all this is configured, it should be possible to connect to this new connection:

What to Read Next
Introducing managed private networks
A guide to the hybrid cloud networking landscape
What is Hybrid Cloud?