This week we were at the dotScale conference in Paris. dotScale is a major European event with a focus on Scalability, DevOps and Distributed Systems.

During the show, we did a live demo entitled “Deploying postgresql with high availability in seconds”. The goal of this demo is to deploy on Exoscale a postgresql in a master - slave replicated setup, including continuous wal (postgresql transaction logs) archiving in our SOS S3 compatible object storage. All in less than 2 minutes using only a single command line !

For this purpose we’re relying only on an Ansible playbook. Ansible is a configuration management / automation system. It’s agentless, powerful but simple enough for non veteran sysadmin / devops.

Our demo playbook is going to: 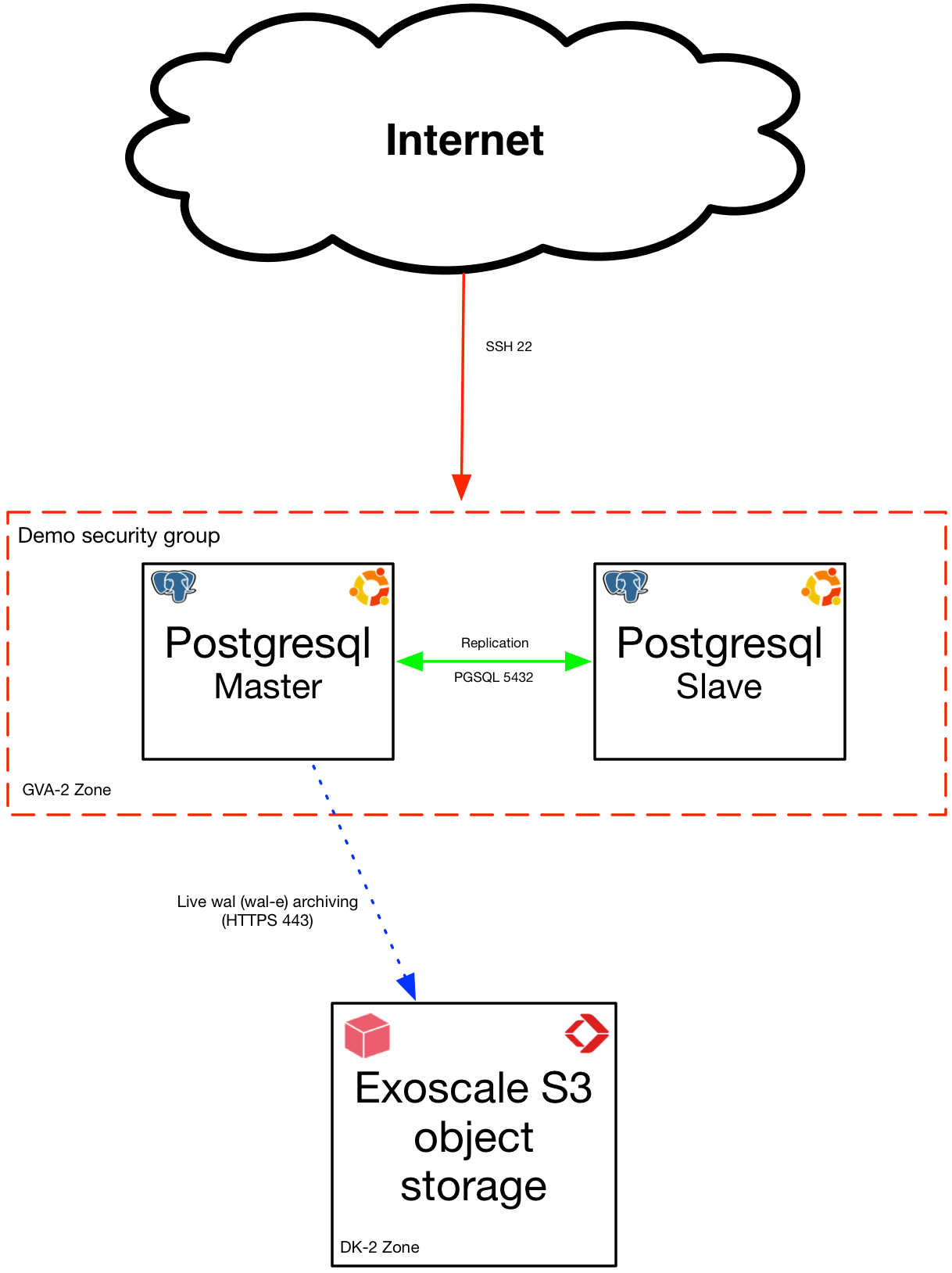 Want to try it by yourself ? Easy enough ! Simply clone this git repository and follow the setup described in the readme.

Deploying highly available apps into the cloud has never been so fast and easy !