Today we broaden our catalog with a new GPU instance offering, based on the top performing NVIDIA Tesla V100 graphic cards. 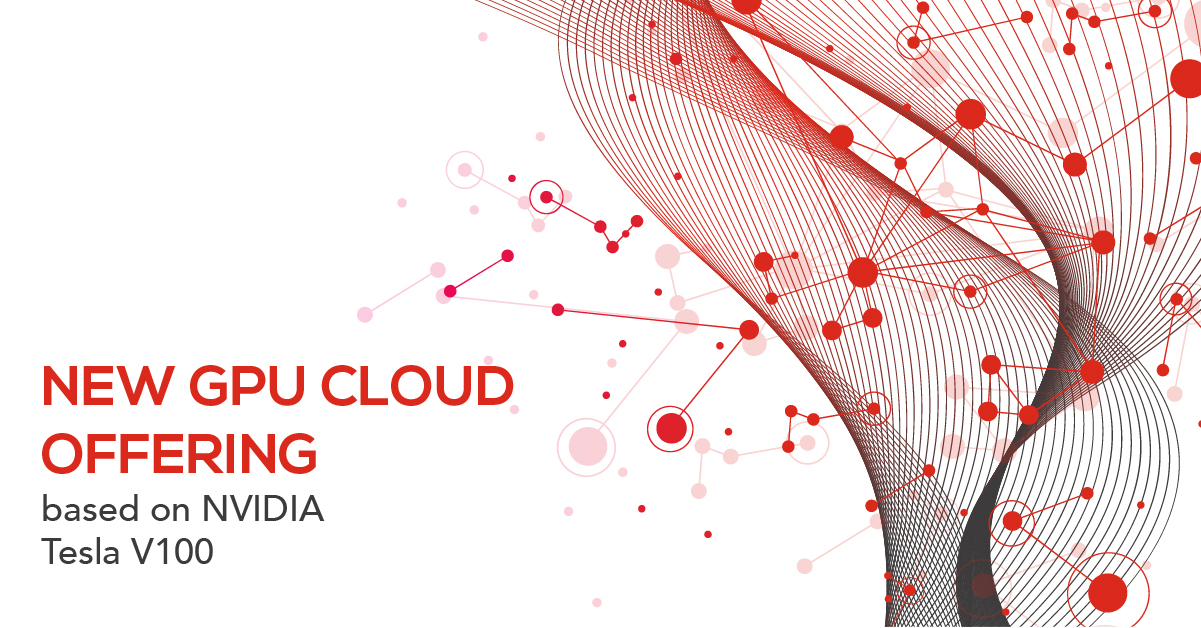 Machine learning models can now be trained in days or even hours compared to weeks, and high performance computing applications can now tackle challenges that were once thought impossible.

With its 640 Tensor Cores and 5,120 CUDA Cores the V100 is the most advanced data center GPU ever built to accelerate AI, HPC, data science and graphics, and the world’s first GPU to break the 100 teraflops barrier of deep learning performance.

With up to 4 Tesla V100 graphic cards per single instance, this means you can get up to 448 teraflops of mixed precision ML performance on a single virtual machine.

Combined with a performant setup of up to 48 CPU cores, 255 GB of RAM, fast SSD local storage, and flexible pricing plans billed by the second, the GPU2 offering is an extremely cost-effective solution for machine learning training, offering you the opportunity to scale out your infrastructure and optimize your costs.

Supporting most of the leading deep learning frameworks out in the market, like TensorFlow, PyTorch, Caffe2, CNTK, Theano, Keras, and more, the new GPU2 offering is available starting today in our Vienna AT-VIE-1 zone.

The Most Competitive, Production-grade Cloud GPU Offering on the Market

With its 18.7 teraflops per card and its new base price, the Tesla P100 GPU offering provides an accessible solution to get started and experiment in the field of high performance computing.

Cloud GPU pricing is largely inconsistent, and significant differences can exist between providers. Whereas Exoscale does not provide all possible combinations of GPU instance types, its pricing is almost always lower.

Compared to a competitor like AWS, Exoscale is today as much as 78% less expensive, with advantages in both On-demand and Long-term use cases. The tables below speak for themselves:

Exoscale loses against AWS only on Long-term use-case using a p2.2xlarge instance, but with no upfront compared to a whopping $15‘146, and a commitment to use an older K80 GPU for 3 years to come, which will be largely obsolete by the end of the term.

As it stands today, we are confident to assess that Exoscale’s GPU offering is the most competitive production-grade Cloud GPU offering on the market, providing certified and compliant resources for HPC industries.